Pregnancy is a time filled with joy—and also a lot of sacrifices. During pregnancy, women are responsible for another human being during these nine months, during the gestational period it has been encouraged to avoid certain precautions for the betterment of life. 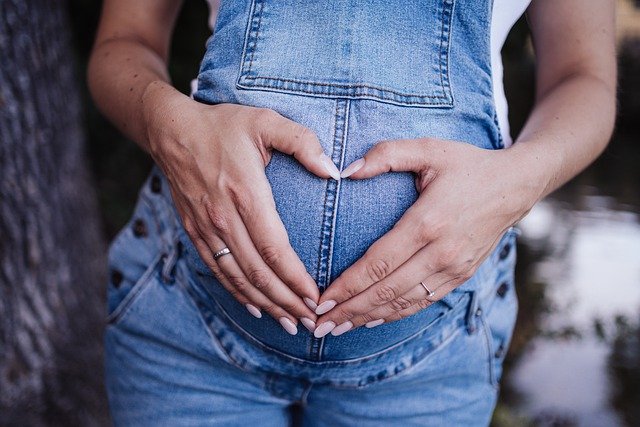 Does this mean she has to say goodbye to everything that she loves when her pregnancy test comes up positive? No, but she will have to make some changes. Here’s a comprehensive guide to everything a woman should avoid during pregnancy.

Drinking during pregnancy is associated with adverse effects during and after pregnancy, such as low birth weight, preterm birth, and learning disabilities. No safe amount of alcohol is currently recommended.

Excess mercury during pregnancy can damage a baby’s sight and hearing, so it is vital to limit the intake of fish with high mercury content during pregnancy. Make fish like swordfish, squids, and king mackerel.

During pregnancy, it is prudent to avoid all dairy products, including milk, eggs, and cheeses that are not pasteurized. The pasteurization process kills harmful bacteria that can cause disease in people with weak immune systems, such as pregnant women. Always choose pasteurized products during pregnancy.

Comparing seafood or sushi to raw fish is dangerous to eat during pregnancy – it can be contaminated with various bacteria and parasites that can cause serious illness during pregnancy.

Raw alfalfa, clover, and mung bean sprouts are a breeding ground for bacteria such as E.coli and listeria. Until sprouts are not fully cooked, avoid consuming them during the gestational period.

Mild amounts of caffeine in pregnancy are considered fine but cross the placenta. Other studies suggest that high levels of caffeine can cause miscarriage. To keep it safe, don’t drink more than 200 milligrams of coffee a day.

Processed meat products
Sausage, whether from a delicatessen counter or in a container with leftovers in the fridge, can cause listeriosis. Heat the product at 165 degrees for safer consumption.

Salmonella infection during pregnancy can be dangerous. Pork and chicken should be cooked at 165 degrees. Proper cooking can kill all the bacteria that can survive in raw meat.

Pregnant women are advised to avoid eating soft cheeses such as Brie and Camembert unless purchased in a pot or other dish to eliminate any risk of listeria.

Prescription and over-the-counter (OTC) medications and supplements include one of the biggest categories of things that need to avoid during pregnancy.

Acne medications like spironolactone and isotretinoin have been associated with serious birth defects, so during pregnancy avoid to intake medications.

The effects of non-steroidal anti-inflammatory drugs (NSAIDs), such as aspirin, ibuprofen, and naproxen, have been extensively studied, and these drugs put the fetus at risk of congenital defects and damage to internal organs. These risks are highest in the first trimester.

Some antidepressants have little risk of going through them, especially if they cannot take a greater health risk for a pregnant lady and her unborn baby.

Tetracycline class antibiotics should be avoided in general, while antibiotics such as penicillin and erythromycin are generally considered safe.

Pregnant women must avoid exposure to unnecessary chemicals and toxins during pregnancy, these procedures should wait until after delivery.

Avoid all beauty treatments that require to be exposed to high or concentrated levels of heat, including solariums, hot stone treatments, body wraps, and saunas or steam baths. This can lead to birth defects.

We don’t have much evidence to show that retinoids, formaldehyde, and hydroquinone are harmful to the fetus, but experts suspect that most of the products they contain are dangerous.

The risk of any type of infection is higher during pregnancy, so even if a favorite tattoo studio follows strict hygiene practices, a “safe” piercing or tattoo can result in a serious infection.

Bleaching agents are not tested for safety during pregnancy, so most dentists recommend pregnant women avoid home or professional treatment.

With the doctor’s permission, pregnant women can follow a safe exercise routine during gestation. However, some activities need to be interrupted until the baby arrives.

There is an increased risk of falling during certain sports activities, such as horseback riding, skiing or snowboarding, ice skating, or a projectile in the abdomen (such as football, baseball, or tennis). It is, therefore, better to avoid such activities.

Yoga is a great way to stay fit and flexible during pregnancy, but hot yoga – along with high temperatures and intense exercise – can cause severe dehydration and the risk of rising body temperature.

There is a risk of falling, but also of altitude sickness. Exposure to high altitudes during pregnancy can affect the oxygenation of the fetus, especially if she is not used to it.

Like rock climbing, diving increases the chances of being exposed to hyperbaric oxygen, which can affect the development of the fetus in the mother’s womb.

Pregnancy hormones weaken and relax joints and ligaments, making one more prone to injuries. Weightlifting, strenuous activity during pregnancy can be more easily damaged by changes in the body.

Many aspects of life will change during pregnancy. A pregnant woman can pursue most of her favorite hobbies, habits, and daily activities, but some of them are not safe with a child on board.

Smoking and recreational drug use
These activities are associated with higher levels of fetal organ damage, preterm birth, sudden infantile syndrome, and childhood asthma, among other adverse consequences.

It is important to avoid anything that can cause overheating during pregnancy, including hot tubs, to reduce the risk of birth defects and pregnancy.

Punching, bumping, jumping, and rolling back and forth on roller coasters are fun, but they are often dangerous for pregnant women due to their movements, high speed, pressure fluctuations, and possible side effects.

We are all in daily contact with the toxins of nature, but in pregnancy, we need to be very careful.

It is best to avoid unnecessary X-rays and exposure to lead, mercury, and pesticides, which can be associated with birth defects and abortion.

In the short term, stress will not hurt a pregnant woman or her child too much, but the cumulative effects of stress over time can cause high blood pressure, weight gain, insomnia, anxiety, depression, and other chronic illnesses.