Cellular microsurgery is a successful application of laser intervention in reproductive biology. Laser-assisted hatching applied in the IVF process for the embryo implantation in the uterus of the patient.

In the IVF process, oocyte fertilization is the initial step. Sperm requires to enter through “zona pellucida” to fertilize the egg. Zona pellucida is the outer covering of an egg and has the ability to restrict the entrance of multiple sperms. In assistance fertilization process, a single sperm is directly injected into the oocyte through Intracytoplasmic Sperm Injection (ICSI) technique.  Laser-assisted ICSI technique is applied to form a hole in the zona pellucida for the successful entrance of the sperm to the oocyte. The laser pulse technique is also immobilized the human sperm tail before application of the ICSI technique. The embryo is formed after successful fertilization and has undergone continual cell divisions. After a certain period, embryo requires to escape from the zona pellucida for implanting on the uterine wall. This process is known as hatching. Without hatching pregnancy is not possible. 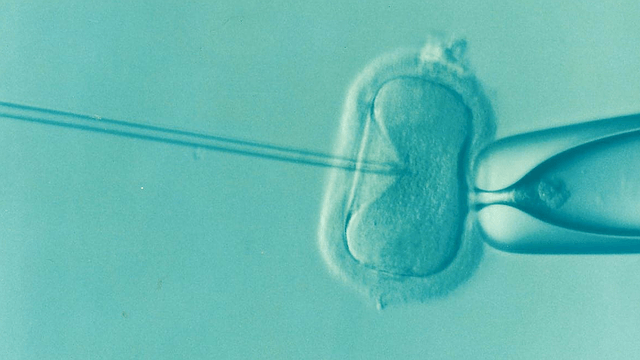 Laser-assisted hatching is applied to make a restricted entrance into the zona pellucida for successful implantation. Cellular fragments appear during cell division of the embryo, which provides detrimental effects in the development of the embryo. Excessive cellular fragments also hamper successful implantation and decrease pregnancy rates. In an IVF process, cryopreserved embryos can be implanted.  There is an increased risk of obtaining necrotic blastomeres during the warming of the cryopreserved embryos. Metabolic toxins released from dead cells (necrotic blastomeres) may also interfere with the subsequent implantation. Application of microsurgical laser in the IVF process helps to generate a tiny opening in the zona for extracting fragments and necrotic cells.  Therefore, a microsurgical laser improves the implantation and pregnancy rate.

Clinical investigators reported that the application of laser technique significantly increases the successful pregnancy rate from 17% to 45%. Laser-assisted hatching minimizes the repeated implantation failure. Laser-assisted hatching is a safe procedure conducted under medical supervision and that can either be performed on 3rd or 5th day of the treatment. This is a quick intervention without producing any harm to the embryo.

The microsurgical laser can also be applied for preparing the zona pellucida in the conduction of the hemizona assay. Hemizona assay is a diagnostic tool applied to evaluate the oocyte zona binding capacity of sperm. The expediency of the treatment applied in the IVF process can also be evaluated through hemizona assay.  In the laboratory, the laser is applied to the test oocyte for slicing it into two halves.  One half of the oocyte is considered as a test and other half control for comparing the binding capacity of the sperm. Medical professionals have agreed with the microsurgical laser application is more convenient than traditional mechanical techniques in the conduction of hemizona assay.

The application of microsurgical laser in the IVF process is a novel medical intervention. A continual advancement of this procedure helps to provide a better outcome in the IVF process. Clinical researchers expected successful modification and introduction of the microsurgical laser can provide more accurate diagnostic and interventional procedures performed on the embryo in the near future.