James Alexander, his wife Aliyah and his family members thought that there were no grandchildren in their family ﻿so James and his wife decided to become parents but his wife was unable to have a child on her own so they decided to go for Surrogacy after contacting a friend. And the consulted to Dr. Nayna Patel, She suggested them ARTbaby for their Surrogacy Journey.

They researched many Surrogacy clinics in Tbilisi, Georgia and decided to go with ARTbaby.  And after hiring a surrogate mother they were a success at first attempt.

After nine months of pregnancy, the Surrogate mother Gave birth to twin surrogate babies. And James and his wife were blessed with two newborn babies and left Georgia with happy good memories.

James agreed to share his surrogacy story to inspire infertile intended parents who are unable to have a child after trying may infertility treatments. 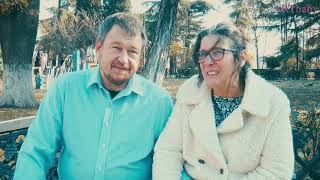