Mr. James Tonin (U.S.A) & his wife Isabel Tonin (Brazil) became parents for second-time through surrogacy in Dec 2019 as before they opted for Surrogacy and became parents to a beautiful baby girl in 2016.
While sharing their beautiful surrogacy story Isabel told us she was very fond of children and decided to have 6 babies when she was a child but when she tried in real-time after her marriage she was unable to have one.
Isabel told us that she was very busy due to work and postponed the plan to have a child but when she tried it was hard to become pregnant.
She tried every way to become parents from infertility treatments to IVF treatment but she was unable to carry the pregnancy due to some medical complexities and age factor.
In the end, they decided to go for surrogacy and contacted Dr. Nayna Patel to start their surrogacy process but at that time they were unable to afford the process.
After some time they send an open email to Dr. Nayna that they are ready to have the Surrogacy process started but unfortunately at that time Dr. Nayna Patel told then in India Surrogacy got banned.
They got very disappointed after listening to the news but Dr. Nayna Said them not worry and referred them to ARTbaby Georgia.
At their first surrogacy attempt, they became parents to a baby girl at the end of 2016.
Again They contacted ARTbaby for their second surrogacy journey and this time the first surrogate baby was with them to witness this beautiful surrogacy journey with her parents.
And in the end, they again became parents to a baby boy through surrogacy for the second time.
Surrogacy stories
FacebookTwitterLinkedinPin It 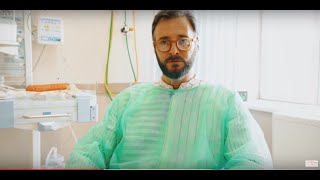