According to the International Union for Conservation of Nature red list released in 2020 stated that 708 numbers of different mammalian species have enlisted under critically endangered. 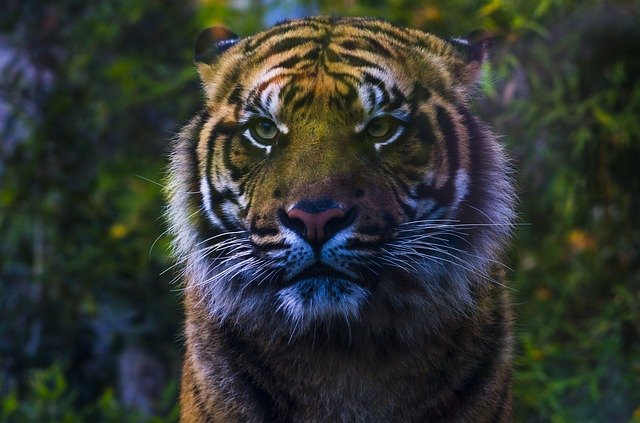 Some of the significant reasons for the extinction of different animal species are the increased population of humans, environmental changes, exploitation of animals, etc.

Wildlife parks and zoos are the places where researchers study in detail to contribute to saving endangered animals from extinction.

The reduced numbers of certain animal species are desperately indicating the conservation requirement.

The actual problem associated with such species is late identification.

In such conditions, very few individuals are left for breeding.

A dedicated conservation program is the only way to save them.

Breeding of such off-springs at their appropriate age often gives birth to undesirable genetic traits that transfer to the next generation.

They are unable to acclimate to environmental pressures.

This is the ultimate reason of wipe out the whole population from the globe.

In detention, the choice of breeding pairs is prudently supervised with inbreeding prohibited as much as possible, but it does endure constrained by the number of individuals available.

So, how can resolve this issue?

Assisted reproductive technology (ART) may be the answer to this problem.

Different types of ART can be used to resolve the problem.

In ART, gametes (egg/sperm) collected from both wild and captive individuals around the globe allow use through selective utilization of increasing the genetic diversity of a species.

Among different types of ART, surrogacy is one of the promising techniques to conserve extinct animal species.

In such cases selected surrogate who acts as a recipient of the donor embryo should be an individual of the same species or interspecies (closely related species).

This technique is specifically applicable if females within the endangered species were unable to carry an offspring themselves.

For instance, the Northern white rhinoceros can only be safe by using the surrogacy technique.

Currently, only two Northern white rhinoceros females are alive. However, both of the females are capable of generating functional eggs but none of them can carry a pregnancy.

This condition is already indicated the species is functionally extinct.

But the introduction of surrogacy in such conditions may save the species.

The result is unknown and challenging to conduct such a surrogacy program as there is a chance of matching issues between the formed embryo and the host uterus.

The application of surrogacy in aquaculture gives definite benefits in the conservation of aqua life.

The implication of surrogates in fish farming is to reduce the cost of fish production and match the need for human consumption.

The cells researchers implant in surrogate parents can be cryogenically stored.

In this process, scientists create a bank for storing the genetic information of species.

Further, they use this bank containing genetic material to spawn more of those similar fish for future use.

This is an elusive goal they’ve been pursuing for decades.

Thus, the implementation of surrogacy can help save endangered animal species also.

However, these practices are now only restricted to scientists.

But soon and awareness and education can help involved professionals to apply the process technology in a corrected way.

Although the formed generation may indicate as surrogate species they represent the subsets of species that are “representative” of multiple species or aspects of the environment.

Some examples of the surrogate species are umbrella, focal, keystone, indicator, and flagship species.

Surrogate species are used for broad conservation planning of multiple endangered species in restricted habitats within a distinct site or geographic location.